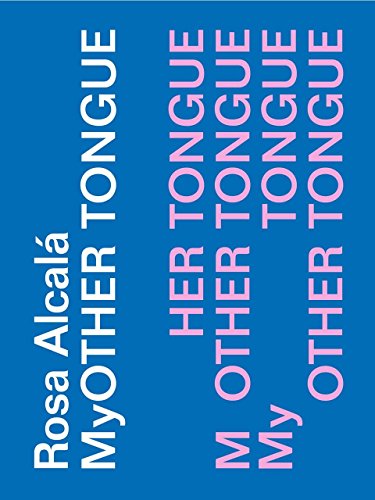 Alcalá (Undocumentaries) reminds readers how much a spoken tongue shapes its speaker, in an emotionally intelligent third collection that addresses language and lineage as well as mothers and daughters. Rendering well the vivaciousness of a living language, Alcalá weaves references throughout: Mallarmé, Meryl Streep, Bernadette Mayer, classical art. These references are part of a search for a definable lineage: “We prick each finger,/ smear two glass slides,/ and place them/ on a text called the future.” In “Dear María,” Alcalá pays homage to the countless women who’ve borne that name—women whose lives and stories have been co-opted by nearly every corner of culture. “Dear Sacrificial Virgins,/ of red or blond hair/ of dark brunette,” she writes. “Blessed art thou,/ your blood is/ on everything.” The book’s strongest poems feature a guiding speaker, but even in the long poem “Projection” the evocative fragments build into a critique of money and class. These are poems full of duality—English is simultaneously an interloper and a lover: “English had a hooptie/ that was the joint. Now my mother goes gaga/ over our cute babies.” Throughout, the mother figure is both missing (the speaker’s own mother) and present (the speaker is a mother). Alcalá offers much to like in a text that both nourishes and devastates. (Jan.)

This review has been corrected to reflect a change in the title. A previous version also misspelled the author's name--it is Rosa, not Rose--and incorrectly listed the book as her second, not third, collection.