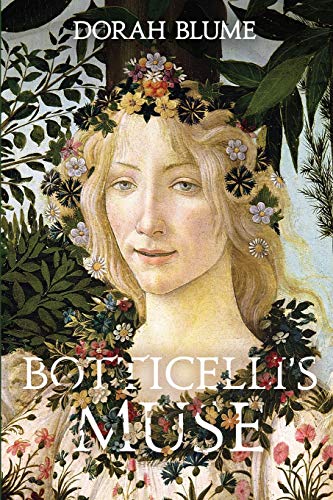 Set in Renaissance Italy, Blume’s interpretation of master painter Sandro Botticelli is at once a florid love story and a chilling political drama. Sensuous and provocative as well as mysterious, the novel follows Sandro’s troubled relationship with Florence’s ruling Medici family. He works under the patronage of Lorenzo de Medici until a sudden dismissal leads to a new benefactor, Lorenzo’s young cousin, Piero. During a visit to his sister’s nearby convent, Sandro meets Floriana, a captivating Jewish weaver who is a prisoner being forced to renounce her faith. Beguiled by her beauty and artistry with flowers, Sandro becomes inspired to create his iconic painting La Primavera. Sandro and Floriana fall in love, but Savonarola, a zealot priest with a violent past, is a threat to both. Meanwhile, a political conspiracy threatening the Medici family is gaining steam. Political unrest and an assassination that hits close to Sandro separate him from an expectant Floriana; he is placed under house arrest and forced to memorialize the political bloodbath with his art, an order he despises. Blume convincingly evokes the tumultuous time period; however, her passages involving lustful priests feel more gratuitous than necessary for the narrative. The prose is clear and precise and, despite the book’s length, the pace does not lag. (BookLife)