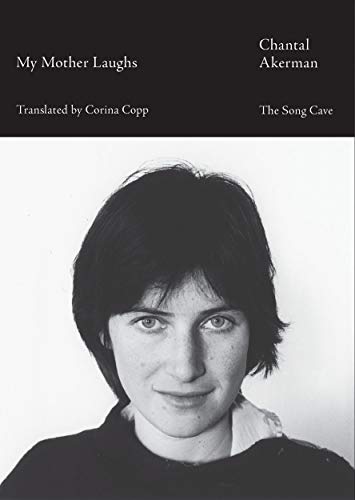 This memoir from Belgian filmmaker Akerman serves as a complex, beautiful elegy for two people: the author’s mother and the memoirist herself, who died by suicide in 2015, two years after the book’s original publication, in France. Known for making intellectually rigorous, challenging films, perhaps most notably Jeanne Dielman, 23 quai du Commerce, 1080 Bruxelles, and News from Home, as a memoirist Akerman chose as her subject her mother’s failing health and its impact on her own life and relationships. Akerman writes about her mother with the kind of love and nuance anyone might hope for, and without an ounce of sentimentality. Her delight in her mother’s daily pleasures, from a warm bath to spending time with friends, is concrete and genuine. Akerman’s writing is very different from her filmmaking: far from avant-garde, her prose is straightforward and even simple, though never simplistic. The book does share a strain of self-reflexivity with Akerman’s films, as when she observes, “I reread everything I’d written and it profoundly displeased me. But what to do, I wrote it. It’s there.” However, she is able to get out of her own way, formally, to evoke a distinct period in her life. Akerman leaves behind a gracious, tragic memoir made all the more touching by the deaths of both of its main characters. (June)
close
Details