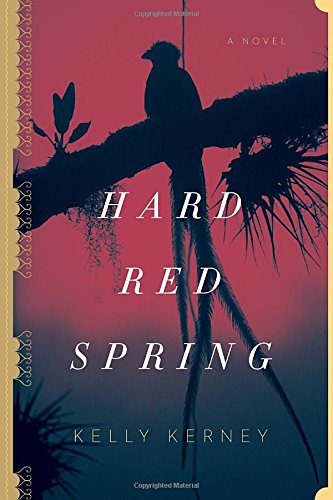 Kerney (Born Again) explores Guatemala-U.S. relations over the entire 20th century as told by four different Americans living in the tumultuous Central American country. In separate sections ordered chronologically, the four female characters tell divergent but similar stories that come together abruptly by the novel's end. In 1902, eight-year-old Evie Crowder, the daughter of an American cochineal farmer, lives a cloistered life on a barren farm in Guatemala. Due to the draft policy surrounding indigenous Guatemalan men, her father is struggling to find the labor necessary to save their farm, and he makes a deal that will change Evie's life forever. In 1954, the wife of the American ambassador, Dorie, is planning a future with her lover, Tomás, far away from the communists who are taking over Guatemala. In 1983, Lenore and her husband, missionaries in Guatemala, believe they are helping the Christian president through their efforts to convert and baptize Mayans. In the final section, set in 1999, Jean takes her adopted Guatemalan daughter, Maya, on a tour of her birth country in hopes of mending their relationship and is flooded with memories of her time in the war-torn country. The mystery of Evie's life and the scars of Guatamala's past interactions with the U.S. tie the four threads together. Kerney's fine research, wealth of exact details, and control of the historical timeline will keep readers turning pages. (Mar.)
close
Details