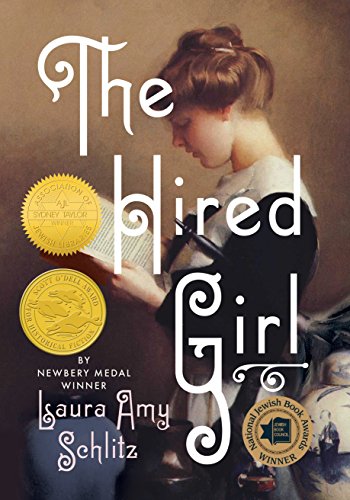 Desperate for the education her father denies her on their Pennsylvania farm, 14-year-old Joan runs away to Baltimore in 1911, where a well-to-do Jewish family hires her to help their obstinate, aging housekeeper. Schlitz (Splendors & Glooms) has crafted another exquisite literary gem, one told entirely via Joan’s vivid, humorous, and emotionally resonant diary entries over a year and a half. Through Joan’s naïve perspective, Schlitz frankly discusses class, religion, women’s education, art, literature, and romance. Joan has trouble reconciling her devout Catholic faith with Judaism, mixing up kashrut and even attempting to convert her employers. Yet because Joan is a hard worker, the Rosenbachs are forgiving and good to her, even encouraging her to read from their library. Joan is reminiscent of heroines like Anne Shirley, Jo March, Cassandra Mortmain, and her own favorite character, Jane Eyre (Joan even gives herself a fittingly literary alias, Janet Lovelace). Her overactive imagination, passions, and impulsive disregard for propriety often get Joan into trouble, but these same qualities will endear her to readers everywhere. Ages 12–up. Agent: Stephen Barbara, Inkwell Management. (Sept.)
close
Details