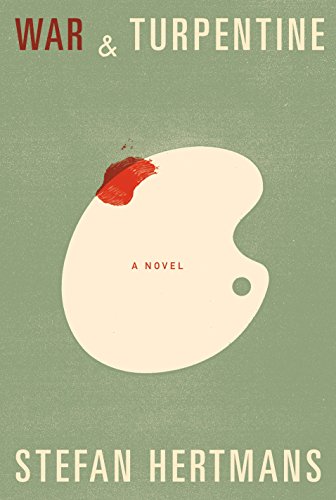 In this autobiographical novel, Flemish essayist, novelist, poet, and playwright Hertmans draws on his extensive fine arts background in a stirring remembrance of his grandfather Urbain Martien—World War I hero and devoted painter—to create a masterly treatise on the interconnections of life, art, memory, and heartbreaking love. Shortly before his grandfather’s death in 1981, the narrator inherits the notebooks that Martien wrote in the last two decades of his life. “I wasted precious years diligently working on countless other projects and keeping a safe distance from his notebooks: those silent, patient witnesses that enclosed his painstaking, graceful pre-war handwriting like a humble shrine,” Hertmans writes of his reticence to retell his grandfather’s extraordinary life. But the notebooks provide insight into Martien’s many facets, not least his childhood as the son of Franciscus, a talented but poor church painter, his heroism, and a lifetime paying obeisance to the capricious gods of art. In the two bookend sections, Hertmans demonstrates a painter’s eye for the smallest detail, gracefully melding art criticism and philosophy. The book’s middle section focuses on the war. Variously chaotic, horrifying, and hauntingly beautiful, Martien’s war experience ends with his declaration of love for Maria Emilia, a woman from the neighborhood he watched from his bedroom while he convalesced, physically and mentally, from the war that shattered his life. Hertmans’s prose, with a deft translation from McKay, works with the same full palette as Urbain Martien’s paintings: vivid, passionate—and in the end, life-affirming. (Aug.)
close
Details