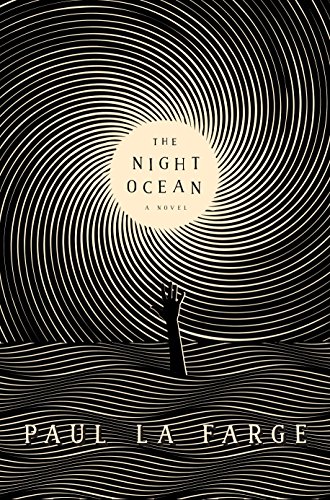 Was H.P. Lovecraft, the great American horror writer, gay? That’s the question at the start of this ingenious, provocative work of alternative history from La Farge (Luminous Airplanes). All the evidence, including Lovecraft’s voluminous correspondence and the firsthand accounts of those who knew him (notably the woman to whom he was briefly married), indicates that he was not. In his letters, he called homosexuality a perversion, but then he dismissed human sexuality in general as a lower form of animal activity.

But what if this was all a pose? Lovecraft, who lived most of his life in Providence, R.I., did spend the summer of 1934 visiting a teenage fan, Robert Barlow, at the Barlow family home in central Florida. Barlow, who would later become a professor of Mexican ethnography, committed suicide in Mexico City in 1951 to escape blackmailers who were threatening to expose him as a homosexual.

In the present day of this novel, New York freelance writer Charlie Willett, an avid Lovecraft fan, manages to locate a copy of the Erotonomicon (a play on Lovecraft’s fictional Necronomicon), which purports to be the erotic diary Lovecraft kept during his time in Florida. Coded prose using names from Lovecraft’s invented mythology records his sexual exploits (“did Yogge-Sothothe in my [hotel] room”). While retracing Lovecraft’s steps in Florida, Charlie learns that Barlow may have faked his death and could still be alive. In the end, Charlie secures a substantial advance for a book about Lovecraft as a closet homosexual. Unfortunately for Charlie, he gets some critical facts wrong. He becomes a pariah and later disappears from a psychiatric hospital in the Berkshires, which is where the book’s action begins.

Lovecraft’s novel The Case of Charles Dexter Ward likewise opens with the disappearance of a major character from a psychiatric hospital, a connection made explicit by La Farge naming the first five section titles after those in Ward (“A Result and a Prologue,” etc.). The whole novel is framed as the account of the efforts of Charlie’s devoted therapist wife to find her husband. Like Lovecraft’s “The Call of Cthulhu,” the novel consists of several sub-narratives, ranging widely in time and place. But instead of a revelation about humanity’s diminished place in an impersonal universe, La Farge delivers insights into the human need to believe in stories and the nature of literary fame, while consistently upsetting readers’ expectations.

Other notable recent Lovecraft-related fiction includes Victor LaValle’s The Ballad of Black Tom, a redo of Lovecraft’s racist tale “The Horror at Red Hook,” and Matt Ruff’s Lovecraft Country, in which a black family contends with racism and supernatural forces in 1950s America. La Farge also touches on racial themes (Charlie’s father is black, his mother white), but he outdoes his predecessors with this crafty mix of love, sex, and lies. [em](Mar.)

[/em]Peter Cannon is a PW senior reviews editor and the author of The Lovecraft Chronicles, a novel.