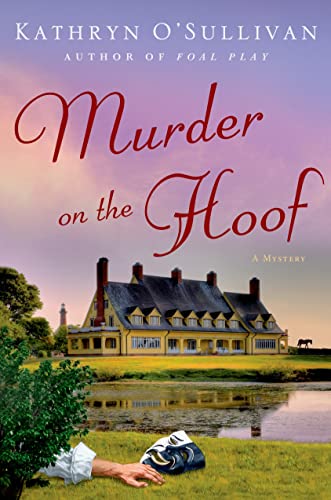 Murder on the Hoof

At the start of O’Sullivan’s stylish sequel to 2013’s Foal Play, Colleen McCabe, fire chief of Corolla, N.C., is running a training exercise with her crew on the beach, using the community’s acting troupe as victims, while her best friend, Sheriff Bill Dorman, keeps vacationers at a safe distance. Unfortunately, one of the actors lying in the sand—Doris Jenkins, “a plump, curvaceous woman in her sixties”—is dead. Feeling in some way responsible for Doris’s death, Colleen decides to investigate on her own. When a second member of the theater group is killed, Colleen and Bill have a pair of murders to solve. The duo could work well together, if jealousy about past and doubts about future relationships don’t get in the way. The author makes good use of the Outer Banks setting, seamlessly weaving in a few of the area’s tourist attractions, as well as its protected wild horses, into the plot. Agent: Eleanor Wood, Spectrum Literary Agency. (May)
close
Details