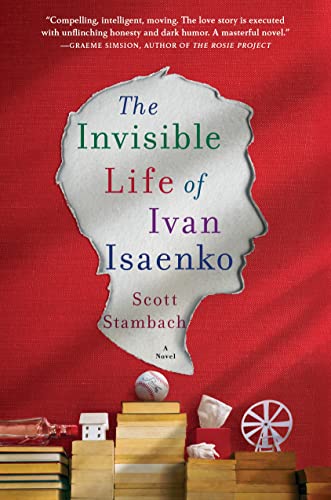 The Invisible Life of Ivan Isaenko

Stambach’s impressive, well-structured debut is set at the Mazyr Hospital for Gravely Ill Children in Belarus. Seventeen-year-old Ivan Isaenko has lived there all his life. Due to the Chernobyl disaster just before his birth, Ivan has no legs, one arm, a hand with a thumb and two fingers, and a droopy face that makes it difficult to speak or smile. Unlike many of his fellow patients, Ivan is self-aware and stubborn, as he describes in one of his amusing short lists: “There are two things I’ve learned... (A) I can eventually... learn to do just about anything with only one arm... and (B) if there is a God, then I should thank Him for my thumb, since it is the only thing that makes (A) possible.” Ivan’s clever, bleak observations about life at the hospital—an underfunded post-Soviet hell mitigated only by the inexhaustible kindness of the maternal nurse Natalya Beneshenko—make up the book’s first half. In the second, he narrates his love affair with Polina Pushkin, a recently orphaned 16-year-old dying of leukemia. Through their romance built on mischief, Russian literature, and a need for recognition, Ivan begins to grapple with his fears and take responsibility for his future. Stambach’s surprising, empathetic novel takes on heavy themes of illness, suffering, religion, patience, and purpose, with a balanced mix of humor and heart. Agent: Victoria Sanders, Victoria Sanders & Associates. (Aug.)
close
Details