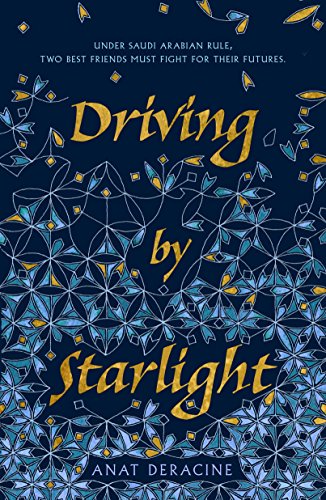 In Deracine’s suspenseful debut, a 16- year-old girl navigates the high-stakes terrain of friendship, education, and cultural police in Riyadh, Saudi Arabia. Leena, whose dissident father is imprisoned, studies law and longs for college. Living in a home without men, Leena practices a risky custom called boyat, dressing as a man to escort her hardworking, tight-lipped, “full of secrets” mother on errands. Leena’s friend Mishail, a government official’s daughter, seeks adventure, wearing contraband lingerie, walking outside without a male escort, and flirting with boys, seemingly oblivious to the potential consequences: “Colored clothes could get you sent to the headmistress’s office. Boys got you beheaded.” Deracine offers an eye-opening window into the rigidly restricted lives, clandestine rebellions, and consequential choices of women in a land where “everything we want is forbidden or dangerous.” The perils inherent in trusting anyone affect all of Leena’s relationships, as bitter experience necessitates stringent precautions to distinguish allies from enemies. Whether describing the freedom of learning to drive (“Raw power flowed through my veins”) or her humiliating punishment when discovered disguised as a man (“I felt rather than heard my hair fall”), Leena’s commanding voice conveys her desperation, courage, and intellect in a riveting, ultimately exhilarating page-turner. Ages 13–18. [em]Agent: Kate McKean, Howard Morhaim Agency. (May) [/em]
close
Details