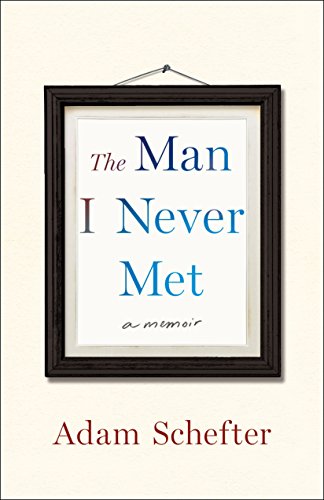 The Man I Never Met: A Memoir

ESPN sports analyst Schefter’s thoughtful though peculiar memoir tells his story of falling in love with the widow of a 9/11 victim, marrying her, and moving into her house. In part, Schefter’s memoir is a tribute to that man, Joe Maio, a Cantor Fitzgerald executive who died in the World Trade Center attacks. In 2005, Schefter, then a sports writer for the Denver Post, took a job with the NFL Network and relocated to New York City; he had a great job, but, at almost 40, he was “single, childless, and lost.” Over Memorial Day weekend in 2006, a mutual friend suggested Schefter call Sharri Maio, who had a six-year-old son; uncertain that he wanted to date a 9/11 widow, he nevertheless called Sharri and they went on their first date. In a short time they fell in love, got married, and Schefter moved into a “house in the suburbs with a wife, a child, and the memory of Joe.” Living in and working on the house, Schefter learned that Joe was a good father who set high professional goals for himself. In what at first comes across as a bizarre concept for a memoir, Schefter successfully communicates his joy in finding love and family, and in a friendship with a man he never knew. (Sept.)
close
Details