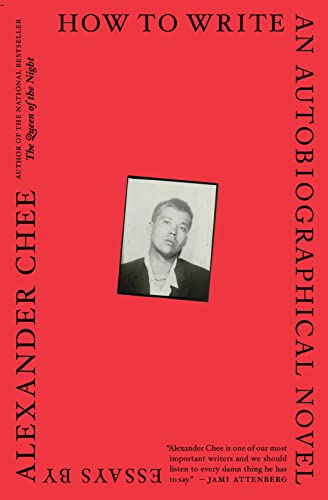 How to Write an Autobiographical Novel: Essays

“To write is to sell a ticket to escape, not from the truth, but into it,” short story writer and novelist Chee (The Queen of the Night) alerts readers here. In the 16 essays assembled, he reflects on a breadth of experiences that, collectively viewed, offer a portrait of the developing writer. In Chee’s hands, varied subjects, however disparate they may seem, coalesce—a summer in Mexico as an exchange student, a stint as a Tarot-deck reader, a writing course with Annie Dillard, an AIDS march, performing in drag, meeting William F. Buckley on a catering job, tending a garden. Chee’s aphoristic pieces “100 Things About Writing a Novel” and “How to Write an Autobiographical Novel” implicitly counter the notion of a direct memoir. “The memoir [is] a kind of mask too, but one that insists you are only one person,” Chee asserts. Chee’s collection is, at its core, about writing itself: about how writing happens and writers are formed. A duller, less evocative title along the lines of How I Became a Writer might have been more accurate, but that would have failed to convey Chee’s marvelously oblique style as an essayist—his capacity to inform and educate readers while they’re too enraptured to notice. [em]Agent: Jin Auh, Wylie Agency. (Apr.) [/em]
close
Details