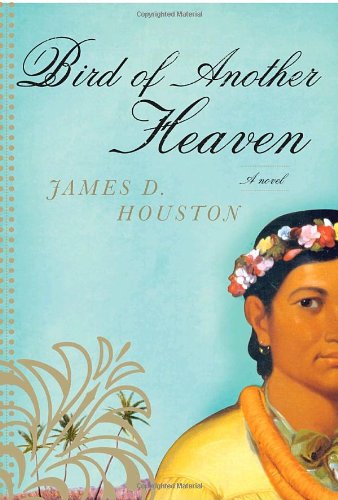 Bird of Another Heaven

After his fictional treatment of the Donner Party ( ), Houston's superb ninth novel details the life of Sheridan "Dan" Brody, a young Northern California radio host intent on discovering the origins of his shrouded family heritage. Dan's curiosity is sparked after seeing, for the first time, his birth certificate, which lists the name of a father he never knew. Not long after, Rosa Wadell calls Dan's radio show and reveals herself to be the grandmother he never knew about. Through Rosa's stories and her mother's diaries, a clearer picture of Dan's family history emerges. Houston interweaves Dan's life in mid-1980s San Francisco with the Hawaiian tribal legacy of his great-grandmother, Nani Keala ("Nancy Callahan"), a pioneer who learned the Hawaiian ways of life and took her place at the side of Hawaii's last king, David Kalakaua. The two story lines converge as Dan learns of and begins to hunt for a secret audio recording made at San Francisco's Palace Hotel during King Kalakaua's final days. Though it gets off to a slow start, Houston builds momentum as the novel's scope widens, and the historical detail is mesmerizing.