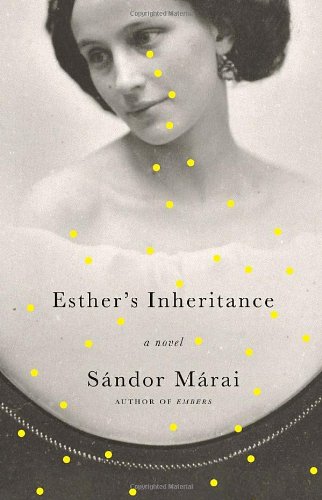 In this spellbinding fourth novel to be published posthumously in English (after ), Márai (1900–1989) weaves a passionate tale about a woman whose chance at love is very nearly stolen from her. Harbored peaceably at her family home in middle age with a cousin as her only companion after a lifelong disappointment in love, Esther receives a telegram from her former flame, Lajos, a masterful con artist who had declared his love for Esther, but then married her younger sister, Vilma. Lajos is locally beloved and reviled, and his dazzling return—with his two grown children by Vilma (who has since died) and a mysterious other woman and her son to whom he is indebted in tow—raises dark suspicions in Esther and her relatives. Márai's characterization of Lajos through the eyes of skeptical, still smitten Esther is deliciously portentous; the deceptions woven around these characters introduce a sharp sliver of danger into the narrative, especially as Esther's reliability is called into question. Márai is a fascinating writer readers of English will want more of.