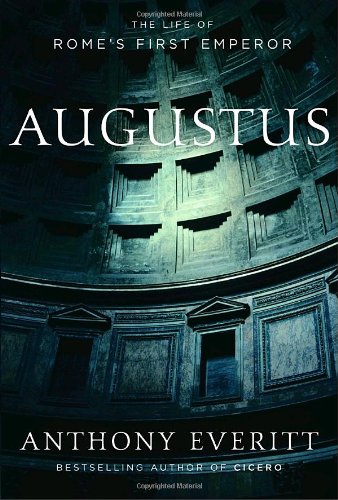 British author Everitt begins his biography of Augustus (63 B.C.– A.D. 14) with a novelistic reconstruction of the Roman emperor's last days, offering a new spin on his murder at the hands of his wife, Livia. Everitt presents the death as an assisted suicide intended to speed and secure the transition of imperial power to his stepson Tiberius. Later, Everitt presents a careful historical argument for this theory—and, save for a few other shadowy incidents such as the banishment of the poet Ovid, he keeps guesswork to a minimum, building his narrative carefully on solid evidence. Everitt ( ) makes Augustus's rapid rise through Roman society comprehensible to contemporary readers, deftly shifting through the major phases of his life, from childhood through his adoption by his great-uncle Julius Caesar to the power struggle with Mark Antony that ended with Augustus's recognition as both and or "first citizen." Everitt also neatly presents his subject's complex personality, revealing how Augustus secured a political infrastructure that would last for centuries while reportedly keeping up a highly active sex life, all the while fighting off longstanding rumors of cowardice in battle. This familiar story is fresh again in this lively retelling.