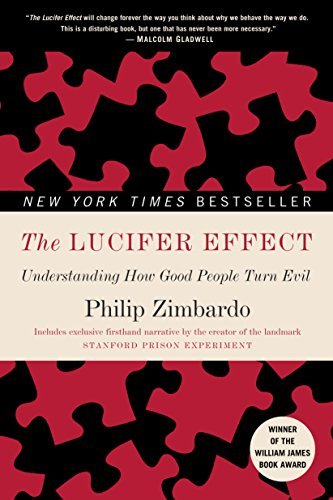 Psychologist Zimbardo masterminded the famous Stanford Prison Experiment, in which college students randomly assigned to be guards or inmates found themselves enacting sadistic abuse or abject submissiveness. In this penetrating investigation, he revisits—at great length and with much hand-wringing—the SPE study and applies it to historical examples of injustice and atrocity, especially the Abu Ghraib outrages by the U.S. military. His troubling finding is that almost anyone, given the right "situational" influences, can be made to abandon moral scruples and cooperate in violence and oppression. (He tacks on a feel-good chapter about "the banality of heroism," with tips on how to resist malign situational pressures.) The author, who was an expert defense witness at the court-martial of an Abu Ghraib guard, argues against focusing on the dispositions of perpetrators of abuse; he insists that we blame the situation and the "system" that constructed it, and mounts an extended indictment of the architects of the Abu Ghraib system, including President Bush. Combining a dense but readable and often engrossing exposition of social psychology research with an impassioned moral seriousness, Zimbardo challenges readers to look beyond glib denunciations of evil-doers and ponder our collective responsibility for the world's ills. 23 photos.