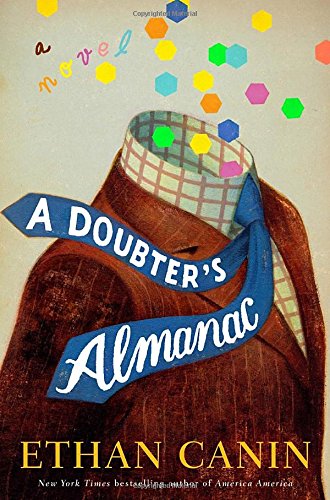 The mysteries of higher mathematics and the even deeper mysteries of the human heart are the unlikely themes of Canin’s (America America) novel. With stunning assurance and elegant, resonant prose, Canin follows the life of Milo Andret, who is both blessed and afflicted with mathematical genius. Milo’s aspirations take him from a lonely boyhood in northern Michigan to Berkeley, Princeton, the hinterlands of Ohio, and, finally, to a defeated return to the rural Midwest. Essentially asocial and so unworldly that he didn’t taste alcohol until graduate school, Milo is gradually embittered by his failures at love and his jealous relationships with his colleagues. Meanwhile, he pursues the exquisitely arduous process of constructing complex mathematical theorems in his mind. When, at age 32, Milo proves one of the greatest theorems in the history of mathematics, he becomes a scientific superstar. But by then he is an alcoholic, and he destroys his career in acts of reckless abandon. Fascinating in its character portrayal and psychological insights, the novel becomes even more mesmerizing in its second half, which is narrated by Milo’s son, Hans (the first half features close third-person narration on Milo). Hans also has a brilliant mathematical mind but is scarred by his father’s cantankerous, often vicious behavior and poisonous disillusionment with ambition and higher knowledge. Hans’s exorbitantly lucrative career as a high-frequency futures trader founders when he becomes addicted to drugs, but his redemption comes through marital and familial love. Though the book is occasionally repetitive, Canin’s accomplishments are many, not least of which is his ability to lucidly explain the field of algebraic topology. But it is his superb storytelling that makes this novel a tremendous literary achievement. (Feb.)
close
Details