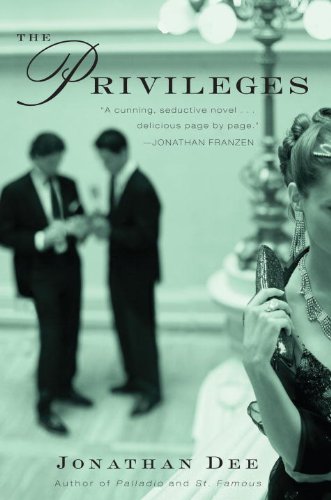 Dee's four prior novels ( ; etc.) cast an intelligent, calculating eye on the culturally topical, which sparked comparisons to the writings of Updike, DeLillo and Franzen. The wedding of Adam and Cynthia Morey, a young and charming couple who quickly expand into a brood of four, begins Dee's fifth. Adam and Cynthia's nuanced personalities and playful, sincere exchanges form the novel's empathic backbone as Adam begins to profit immensely from risky side ventures while working for a hedge fund. Dee establishes a trust with his readers that allows Adam's murky business ethics to escape the spotlight of outright moral scrutiny, and by showing how Adam endangers his privilege—while his children endanger their own lives—Dee reveals how risk is a kind of numbing balm. April, Adam's daughter, responds to the boredom of material comfort by resorting to drug-induced self-effacement. The novel climaxes as the children face the possibility of their own death, though lucidity after mortal danger is fleeting: “I can feel myself forgetting what it feels like to feel,” April says. Dee notably spurns flat portraits of greed, instead letting the characters' self-awareness and self-forgetfulness stand on their own to create an appealing portrait of a world won by risk.