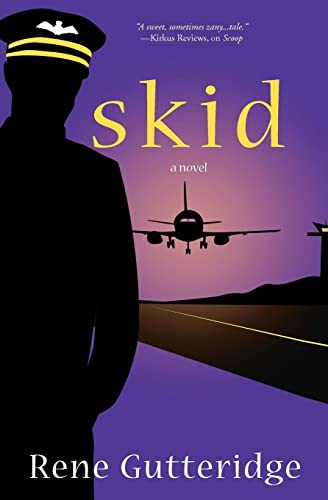 No Christian fiction novelist can tickle a funny bone like Gutteridge, and her third installment in the Occupational Hazards series ( ; ) doesn’t disappoint and works easily as a stand-alone. Think meets meets Billy Graham. Hank Hazard, a homeschooled, naïve mime in the Hazard Clowns family troupe, has struggled to find his niche since his parents died in a freak hot tub accident. The 28-year-old’s latest job foray is as an airline company spy for Atlantica, where he flies incognito to evaluate the service. Hank gets more than he bargains for on Flight 1945 to Amsterdam, which involves a rampaging pig, a senior flight attendant with hot flashes, some diamond thieves, a 103-year-old woman pronounced dead and an aging female pilot who pastes sticky notes on the windshield. Hank can’t resist evangelizing the passengers, and somehow Gutteridge makes it work without seeming awkward. Gutteridge is a pro, from smooth point of view changes to snappy dialogue. What could have been clichéd slapstick turns into unbridled hilarity in her capable hands, and the laughter doesn’t stop until the wheels touch the tarmac.