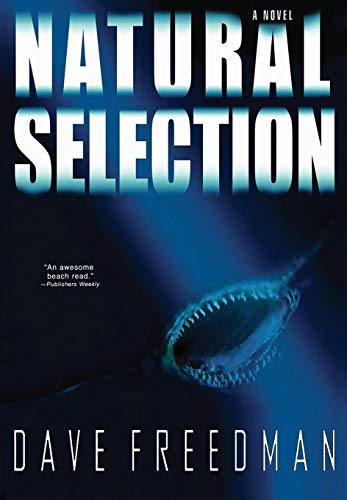 The sea monster "Demonray," who makes landfall in Freedman's far-fetched but entertaining debut, possesses all the predatory features to provide maximum chills. It's got a big brain, big wings, big teeth and a big purpose: to devour anything in its path, including humans. Harry Ackerman, a jaded millionaire whose Manta World (think Jurassic Park) failed when all his captive manta rays died, learns about the sighting of a mysterious flying ray and dispatches a staff of young scientists led by ichthyologist Jason Aldridge, "the next Jacques Cousteau," to investigate. What they find is no ordinary airborne ray, but an amphibious "new order" that has the potential to wipe out mankind. The exciting, science-packed hunt moves quickly but slows down once the crew encounters the Demonray in Northern California's Redwood National Park. Culminating in a cartoonish showdown, this Michael Crichton adventure wanna-be suffers from other odd plot elements, unconvincing romance and pedestrian prose, but it might make an awesome beach read.