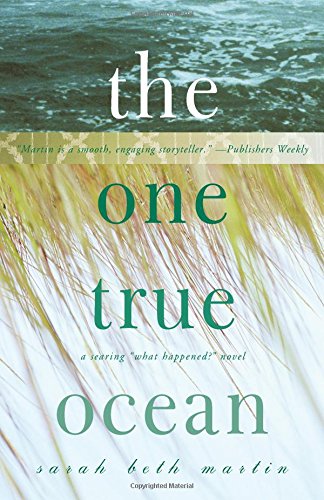 THE ONE TRUE OCEAN

A woman's effort to seek out her biological father's identity leads her into a hornet's nest of lurid family secrets in Martin's debut, an atmospheric if rather ponderous novel. Artist Jenna McGarry is in mourning following the death of her husband in a car accident. After a period in the doldrums, McGarry decides to rent the house her parents owned on the coast of Maine before they moved to Massachusetts. McGarry's mother, Renee, is startled by her decision, largely because it takes her daughter back to the scene of a family tragedy—when Jenna was seven, her mother's sister, Adeline, committed suicide. As Jenna settles into the old house, she finds traces of her mother's first love—letters, even a photograph. But it is a talk with an old friend that leads her to suspect that her actual father may be long dead. Martin is a smooth, engaging storyteller, and she does a nice job of weaving together the various narrative threads. The flashbacks to Renee's adolescence are clumsy, however, and laced with leaden, dramatic pronouncements. Martin gradually reveals the rivalry between Renee and older, unbalanced Adeline for the attentions of Jenna's father, which comes to a tragic head at the novel's climax. Martin's plotting shows promise, though overwriting weighs down her debut.