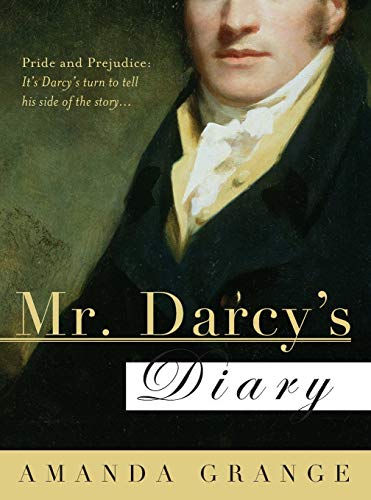 Joining a growing field of Austeniana—and, particularly, Darcyiana—Grange retells Austen's from Fitzwilliam Darcy's point of view. Her device for doing so is an imagined diary of a clever sort: Grange reproduces, word for word and comma for comma, conversations from the original novel, but shifts the perspective to reported speech in Darcy's first-person, with his commentary on the encounters. Between the reconstituted passages, the reader is treated to Darcy's ongoing reflections on Hertfordshire society, his family obligations, his sister and, most crucially, Elizabeth Bennet and her family. There are also wholly invented conversations, most engagingly between Bingley and Darcy as they try to resist the pull of Netherfield Hall. On the whole, however, the diary is awkward in tone and lacks the polish and poise of Austen's creation (which some of the sequels have managed to approximate). There's a decidedly introspective quality to the observations not befitting the very unmodern, unintrospective nobleman. It simply doesn't sound like Darcy.