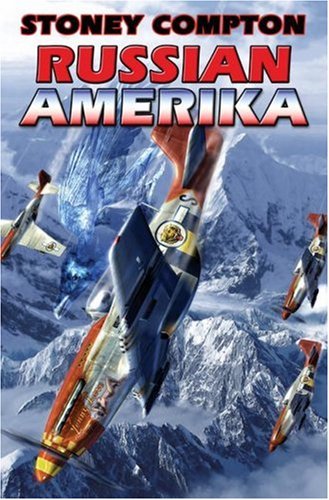 Military SF fans will welcome Compton's debut, an alternative history in which the Russians still control Alaska. It's 1987, and Capt. Grisha Grigorievich, a former Imperial army officer now in command of a naval vessel in Alaskan waters, is chafing at the social restrictions that his mixed-blood parentage imposes upon him. He also increasingly resents the arbitrary and petty assertion of czarist authority by any two-bit Cossack in this backwater of the Russian empire. When Grisha is unjustly condemned for killing a government spy, he's sent to a labor camp. After he's freed in a raid on the camp by a surprisingly well-organized Native American separatist movement, Grisha seizes the opportunity to get revenge. Compton creates a plausible backstory for his time line (the Communists never took over Russia), which comes out naturally in bits and pieces. His depiction of warfare under extreme arctic conditions is horrifyingly realistic and vivid.