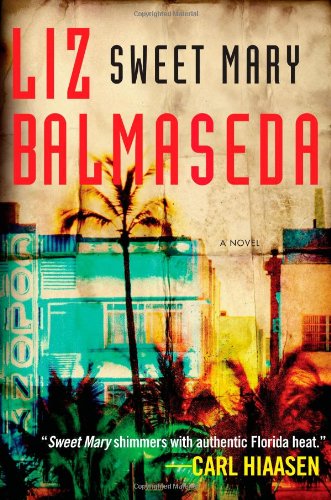 Near the start of Balmaseda's suspense-lite debut, gun-toting DEA agents burst into the house of Dulce Maria “Mary” Guevara, a divorced Miami, Fla., realtor, and arrest her, having mistaken Mary for cocaine queen bee Maria Guevara Portilla. The charges are eventually dropped, but the stigma remains. After Mary's boss puts her on mandatory leave and her ex-husband persuades a judge to give him full custody of their young son, Mary embarks on an improbable journey to do what the DEA can't: track down “Bad Mary” to clear her own name for good. While the author has twice won the Pulitzer Prize for journalism, Balmaseda can't resist chick lit–worthy twists and turns, including a breathless encounter with a high school sweetheart and a come-to-Jesus moment when Sweet Mary meets Bad Mary's young daughter. Screenplay-style scene intros and uninspired character development don't help.