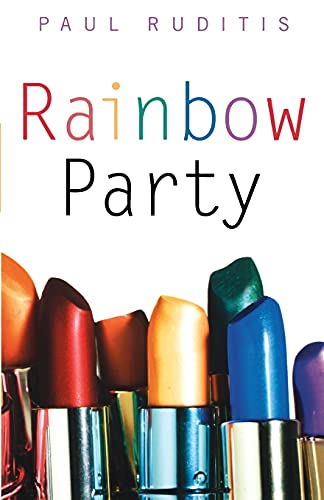 Promiscuous sophomore Gin is throwing a "Rainbow Party," at which girls "put on a different color lipstick, and the guys all drop their pants." In theory, after the girls perform oral sex on the boys, they would be left with rainbows around their penises. The author takes the perspective of Gin and her invitees in the hours before her after-school party. They all have reasons for going (Sandy hopes to find love, virgin Brick is being pressured by his friend to gain sexual experience, and there are rumors that Perry is gay)—and their own anxieties, too. This debut novel takes a steamy premise, and adds in plenty of racy material, too, including oral sex between two boys in a school bathroom, but while the author makes a compelling argument against abstinence-only education and also against limited definitions of sex, readers may tire of the standard-issue characters. They may also start to cringe every time a character talks about oral sex not really being sex. There is some important information to be gleaned here (Gin and Perry have mysterious sore throats, and Hunter notices a "burning sensation" when he urinates; later they learn of a gonorrhea outbreak among the sophomore class), but in the end, the story here is not as compelling as its premise. Ages 14-up.