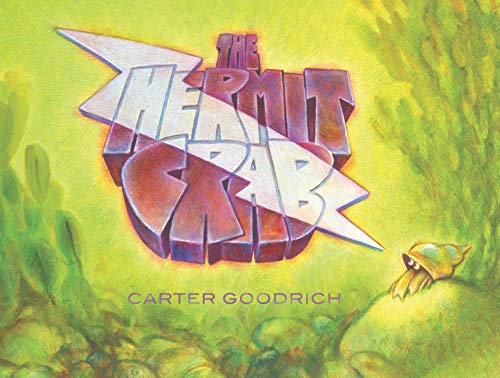 Goodrich ( ), who has worked on , and , tells a story that tips its hat not only to the Pixar/Disney tropes of misunderstood, unlikely heroes but also to . When the critter (who has reclusiveness running through his DNA) takes up residence in the top half of a discarded, sternly muscular action figure, he becomes the inadvertent rescuer of a flounder that's caught under a lobster trap. Crab isn't driven by an awakened sense of civic virtue, but rather by the tasty smell of the trap's bait. Happy with his lot in life, he chooses anonymity over celebrity, allowing the other sea creatures to believe that the action figure is responsible. With watercolor and pencil, Goodrich beautifully conveys the feeling of sunlight penetrating the blue-green depths, and the goggle-eyed cluelessness of most of the creatures winks at readers without undermining the story. The narration is rather bland and literal, but the visual point of view is so strong and reassuringly familiar that children probably won't notice. Ages 6–10.