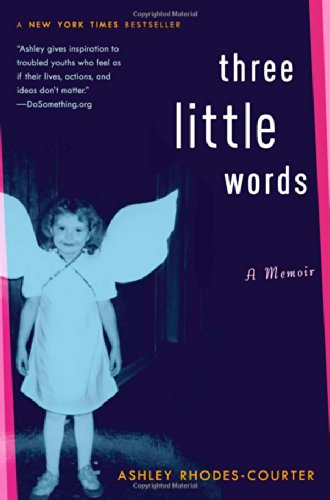 In this engrossing memoir, college senior Rhodes-Courter chronicles her hardscrabble childhood in foster care, detailing glitches in the system and infringements of laws that led to a string of unsuitable—and sometimes nightmarish—placements for her and her younger half-brother, Luke. Using a matter-of-fact tone at times laced with bitterness, the author recounts how she was wrenched away from her teenage mother at age three and was later removed from her unstable grandfather’s home to live in cramped quarters with strangers. She acknowledges that there may have been legitimate reasons for her and Luke’s placement in foster care but pointedly criticizes the manner in which she was repeatedly uprooted. She also blames the ineptitude of social workers who, more often than not, acted as advocates for foster parents rather than the children they were assigned to protect. The girl’s frequent moves and sporadic mental and physical abuse left emotional scars that affected her even after she was adopted by a loving family (the “three little words” that change her life are her guarded consent to legal adoption, “I guess so”). The author’s ability to form intelligent, open-minded conclusions about her traumatic childhood demonstrates her remarkable control and insight, and although there are plenty of wrenching moments, she succeeds not in attracting pity but in her stated intention, of drawing attention to the children who currently share the plight that she herself overcame. Ages 14-up.