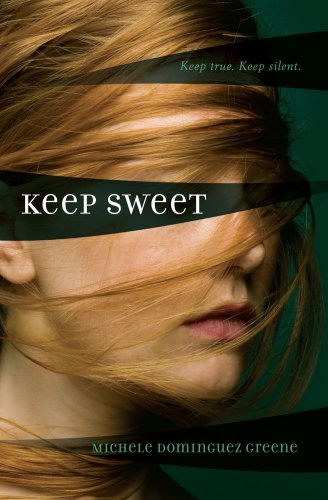 For most of the women inside Pine-ridge, an isolated compound of Fundamentalist Latter Day Saints in Utah, keeping sweet (“obedience with a willing and happy heart”) is their ultimate duty before God. Underage marriages, strict rules of conduct (unwavering devotion to the prophet, a birth every year after marriage, seclusion from the outside world), and a polygamist lifestyle are not only enforced, but embraced. But when 14-year-old Alva Jane is caught kissing a boy she hopes to wed, a vicious beating and a grave punishment—to become the sixth wife of the prophet's brother, a sadistic man 40 years her senior—exposes the community's capacity for brutality. Like Carol Lynch Williams's (2009), which explored similar territory, Greene's ( ) account of Alva Jane's progression from naïve disciple to skeptic is gripping, horrifying, and convincing. However, the story's climax (Alva Jane's second escape attempt) feels rushed and underdeveloped, leaving several plot points—a sudden police raid on Pineridge, Alva Jane's pregnancy, and the possibility of a new life for her in the outside world—frustratingly unexplored. Ages 14–up.