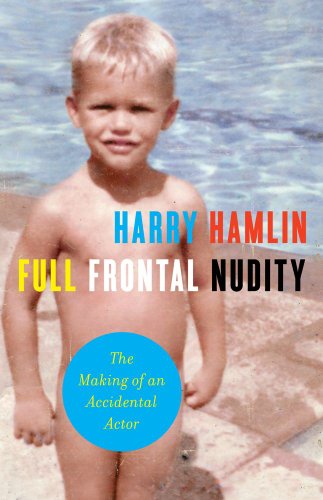 Full Frontal Nudity: The Making of an Accidental Actor

In this vibrant memoir, Hamlin, once voted by People magazine the "Sexiest Man Alive," offers almost nothing about his 34-year career as a professional actor. Instead, the 58-year-old actor looks back at his childhood (kicked out of the fourth grade for writing a book report on Mein Kampf), his parents (who gave him a Christmas gift subscription to Playboy when he was 11), and his introduction to drugs on "the psychedelic yellow brick road." Planning an architecture career, he arrived at Berkeley so late his intended classes were filled; to register, he signed up for drama classes and thus became "an accidental actor." After a drug bust in the San Francisco airport, he did time in the Redwood City, Calif., correctional facility, hassled by inmates who thought he was a snitch planted by the warden. With drugged-out friends, street riots, tear gas, naked bodies and sexual encounters interrupting his college days, Hamlin recovered from an "unsurvivable" head-on car collision, which was followed by backpacking adventures, more drug busts, and a raucous road trip through Mexico. Training at San Francisco's American Conservatory Theatre, he found his passion and a new direction. Hamlin's life has been filled with drama in more ways than one, and his skill at colorful, vibrant storytelling makes this a rewarding read (Oct.)
close
Details