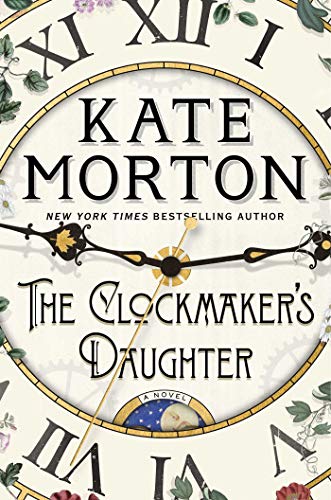 Morton (The Lake House) explores the tangled history of people and place in her outstanding, bittersweet sixth novel. In contemporary London, Elodie, a young archivist, encounters among her employer’s collection a satchel, a photographic portrait, and a sketch of a country house. The sketch, in particular, arouses Elodie’s professional curiosity and her memories, since it bears close resemblance to a house figuring heavily in the magical stories her late mother once told her. The trail of Elodie’s research—spurred by her discovery that the sketch depicts an actual place—is woven together with tales of the house’s various denizens between 1862 and the present, as well as with the voice of a spirit who haunts its walls. This specter—who remains nameless for most of the novel—is the clock maker’s daughter of the title, abandoned as a young girl, trained as a pickpocket, and eventually chosen as an artist’s muse, but possessing an artist’s eye of her own. The novel’s central mystery focuses on the circumstances of her abrupt disappearance in the 19th century, entangled with the abduction of a priceless jewel, the murder of the artist’s fiancée, and the artist’s personal and professional collapse. At the novel’s emotional core, however, is the intersection of lives across decades, united, as the ethereal narrator suggests, by a shared experience of “loss that ties them together.” In addition to love—not only romantic love but also love between parents and siblings—and loss, the stories, brilliantly told by Morton, offer musings on art, betrayal, and the ways in which real lives and real places can evolve over time into the stuff of legends. (Oct.)
close
Details