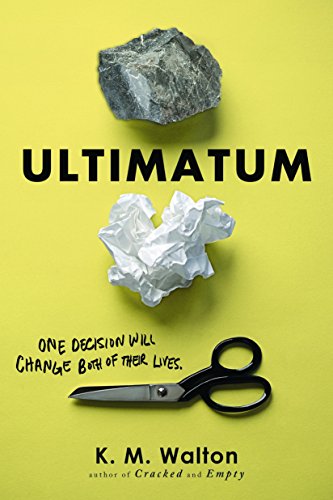 In this psychologically intense novel from Walton (Empty), two estranged brothers face a decision that could bring them together or push them even further apart. Most of the book takes place over the span of two days as Oscar, an introverted high school student, and Vance, his hard-partying older brother, keep vigil over their dying father in hospice. When he dies, the boys will be orphans. Misunderstood and verbally abused by both Vance and his father, Oscar is filled with bitterness. Vance, who has recently blown a chance to make his father proud, is filled with regret. As their father’s condition worsens, the boys look ahead to a dim future. Should they go their separate ways or make amends? Saturated with emotion, Walton’s story is told through the brothers’ internal monologues. Oscar reflects on events as they occur while Vance's thoughts return to significant moments that include his father’s drinking problem, his mother’s accidental death (or was it suicide?), and his frustration with Oscar. It’s a heart-wrenching portrait of a dysfunctional family and its destructive force. Ages 14–up. Agent: Jim McCarthy, Dystel, Goderich & Bourret. (Mar.)

This review has been corrected; previously, a character was incorrectly named.