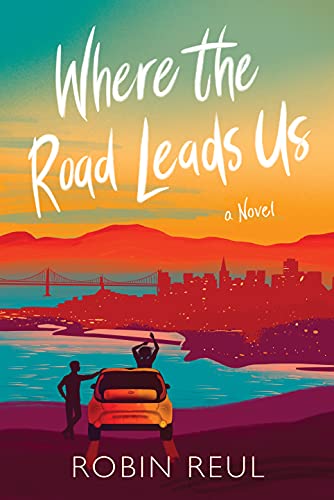 Where the Road Leads Us

Jack’s turning 18 and graduating from his Los Angeles high school, but instead of experiencing excitement, he feels like he’s “held together with off-brand masking tape.” His sex therapist mother is on a book tour and hasn’t come home to celebrate, his father died a year ago, and he’s estranged from his brother, who has a history of drug dependence. Then his girlfriend breaks up with him. So when he finds a letter that suggests his brother’s in San Francisco, it’s easy enough for Jack to head for the bus station. There, he bumps into former classmate Hallie, who’s also headed north, having scraped together the money for a bus to Oregon, to be present for the death of a friend from her online cancer support group. They end up joining Oscar, the GoodCarma driver they’ve just met, for a misadventure-filled road trip. Lacing the book with elements of mysticism and self-help, including signs from beyond and 12-step precepts, Reul (My Kind of Crazy) offsets heavy content with a burgeoning friendship conveyed in alternating chapters, and mixes appealing banter and vulnerability to tell a story of two teenagers who are trying to do their best under difficult circumstances. Ages 14–up. Agent: Leigh Feldman, Leigh Feldman Literary. (Apr.)

Correction: A previous version of this review misstated the author's last name.■