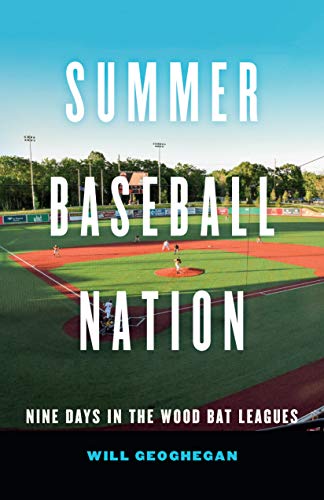 Rhode Island sportswriter Geoghegan chronicles a summer of high-level amateur baseball across America in this well-written, if light, debut. Growing up going to Cape Cod League games with his father, and later covering the league for his Right Field Fog blog, Geoghegan traveled in 2016 to “summer baseball hotbeds,” which are filled mainly with collegiate players harboring big-league dreams. Geoghegan covers such teams as the Alaska Goldpanners, an independent barnstorming team, as they play the Midnight Sun game during the summer solstice, as well as leagues in general, such as the Midwest’s Northwoods League, a for-profit operation in which the league owns four franchises and takes a 5% royalty on teams’ gross revenues. The players only play for few months in these leagues before the short season ends, so Geoghegan offers only brief glimpses of the them, focusing more on the coaches, GMs, and owners, who, as locals or rooted transplants, have stronger ties to their communities. Though Geoghegan says the teams are all about community, there’s little about the fans, the families that host players, or what college kids do in, say, Fairbanks, Alas., for a summer. Geoghegan’s exploration of little-known baseball leagues is best suited for diehard baseball fans. (Apr.)
close
Details