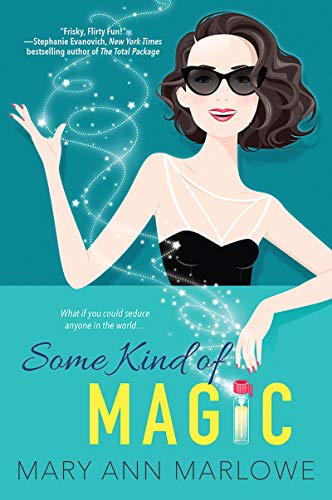 Some Kind of Magic

Fictional love potions date back at least to the tale of Tristan and Isolde; in contrast to that heavy tragedy, this love-potion romance, which pairs up the lead singer for a rock band with a biochemist who’s also an amateur singer/songwriter, is light and fluffy. When Eden Sinclair meets a lanky and tattooed musician named Adam Copeland, she has no idea he’s that Adam Copeland, a megafamous rock star. They spend a passionate night together and make plans for more. But when Eden discovers that the scent she wore when they met—one taken from the lab where she works—may have been a powerful aphrodisiac, she wonders whether their new romance was chemically induced. Adam’s screaming groupies and a fake fiancée cooked up as fodder for the tabloids play into her insecurities, and she can’t bear to tell him the truth. There’s a funny running gag of Eden mother’s horrendous attempts to set her up with inferior men, including a dentist who takes her to Applebee’s for a date (and orders for her), but debut author Marlowe offers little in the way of tension or conflict beyond some interference from a stereotypically snarky coworker of Eden. (Feb.)

This review has been corrected--the main character was incorrectly referred to as "Erin" in a previous version.