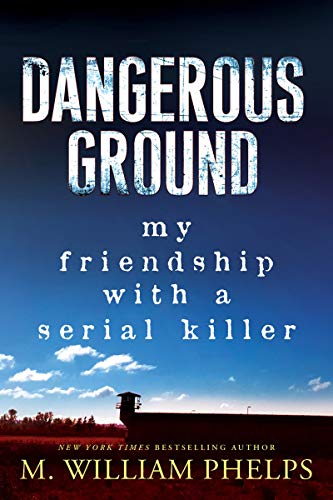 Dangerous Ground: My Friendship with a Serial Killer

From 2012 to 2014, Phelps hosted Dark Minds, an Investigation Discovery network television series focused on unsolved serial murders, during which he called on the expertise of an incarcerated serial killer known as Raven, who, in the mid-1990s, was convicted of murdering eight women. In this tell-all account, Phelps reveals Raven’s name and looks at how their working relationship became a disturbing, unlikely friendship. The book documents their friendship using interviews, letters, and phone calls to shine a light on Raven’s troubled history, horrific crimes, and obsessive nature. The book is frequently disturbing, especially when the author describes the emotional and psychological toll of the relationship on him, the self-destructive codependency of it, and also his unhealthy fascination with the details of Raven’s case. “I felt like a shell, a body walking through the motions of life, no soul,” Phelps writes, recalling the lingering effects of his last prison visit with Raven. “My anxiety was back at full throttle. I was torn, broken. I cried when no one was around for no particular reason I could discern.” For Dark Minds fans, this is both a revelation of a long-kept secret and a source of deeper insight into Phelps’s own life, while for true crime fans, it’s a lurid look at what makes some serial killers tick. (Aug.)
close
Details