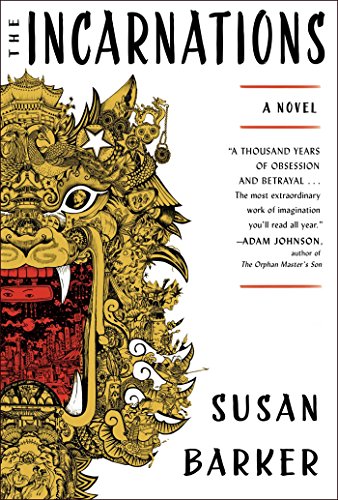 With her latest, Barker (Sayonara Bar) produces a page-turning reincarnation fantasy. In modern-day Beijing, Driver Wang receives anonymous letters from a source claiming to have known him in five previous lifetimes over the past 1,000 years. The letters narrate these lifetimes—set in the Tang Dynasty, 632 C.E.; the Jin Dynasty, 1213; the Ming Dynasty, 1542; the Qing Dynasty, 1836; and the People’s Republic of China, 1966—and paint them in lush historical detail, exhibiting Barker’s extensive research. These two “souls” have inhabited many rich characters (eunuch, prostitute, slave, concubine, pirate, Red Guard) and have been friends, enemies, parents, and lovers. Every new incarnation reverses their power dynamic, giving one the opportunity to betray the other. Not for the squeamish, these historical narratives contain graphic torture and sexual violence. Meanwhile, Wang’s current incarnation also includes a series of radical shifts and identities within a lifetime: born to a wealthy government official father and a mentally unstable mother, he has been a promising student, an asylum inmate, a closeted homosexual, a husband, a father, and a taxi driver. Driving the narrative is the suspense over the identity of Wang’s stalker and whether the stories are indeed true. A very memorable read. (Aug.)
close
Details