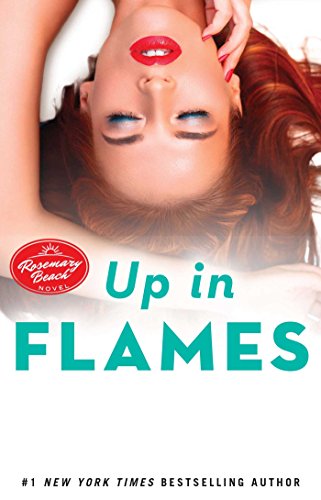 In the 14th and final installment of the Rosemary Beach series (following 2015’s The Best Goodbye), a spoiled and impetuous rich woman becomes a pawn in a clash of wills between two dangerous, obsessed men. Nan Dillon tires of the mercurial, promiscuous behavior of her boyfriend, Major Colt, and heads to Vegas for some fun. There she meets the mysterious Gannon Roth, whose take-charge, aggressive attitude appeals to her more than Major’s vanilla ways ever did. She has no idea that Gannon is also Cope, Major’s crime-lord boss, and that they just want to discover what she knows about one of her former lovers. Nan returns home and fends off Major’s clumsy flirtations while pining for her Vegas fling. The love triangle comes to an explosive resolution when Nan makes a rash, life-changing decision. Told through alternating perspectives in swift, breezy chapters, this erotic romance isn’t very romantic or erotic; the characters range from unlikable to detestable, the sex is blunt and unsatisfying, and the love angle is vastly underdeveloped. It’s hard to root for any combination of these characters, especially with Major’s predilection for anonymous, passionless encounters, and Nan’s jaded boast that she has “little to no respect for the male species.” Violence in the bedroom, the recurring theme of stalking (Cope keeps Nan under constant surveillance and uses the information to seduce her), and the two men’s collusion likewise make this an unappetizing, unpleasant tale, which eventually reaches an entirely implausible and deeply distressing ending. [em]Agent: Jane Dystel, Dystel and Goderich Literary. (July) [/em]
close
Details