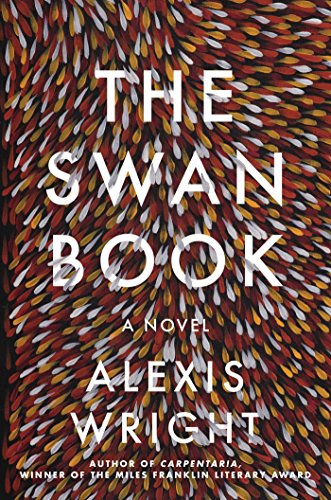 Fraying the edges of reality, Wright mixes a dystopian future with ancient mythology and folklore to create a book charged with razor-sharp wit, linguistic acumen, and an astoundingly vivid imagination. Climate change has wreaked havoc on Australia, creating war, famine, and dust. The eccentric Bella Donna finds Oblivia Ethylene beneath a gum tree, the victim of a horrible assault. She raises the girl in the rusted-out hulk of a warship run aground in the middle of a swamp designated as a detention camp for Aboriginal Australians, and tells Oblivia stories about the swans and ghosts that inhabit the swamp. Warren Finch, the darling of society and the first Aboriginal president of Australia, visits the camp promising rights to the people of the swamp, and forcibly takes Oblivia, who's barely in her teens, to be his wife. Wright, winner of the Miles Franklin Award and a member of the Waanyi nation of the Gulf of Carpenteria, has crafted a multilayered and magical novel firmly rooted in the issues of the present day. Told in dense prose full of evocative imagery, Wright's book deftly highlights the racial and cultural politics facing Australia's indigenous people in a story that defies genre. It is a challenging and heartbreaking story that illuminates the culture and struggles of an often overlooked people. (June)
close
Details