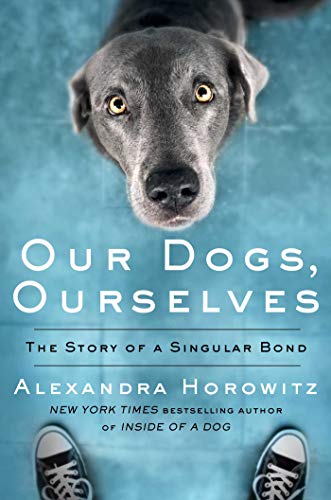 Our Dogs, Ourselves: The Story of a Singular Bond

In this entertaining and accessible volume, Horowitz (Being a Dog), head of Barnard’s Dog Cognition Lab, examines the unique relationship that “scientists, ever unromantic, call... the ‘dog-human bond.’ ” She devotes different chapters to various aspects of this relationship, with one particularly intriguing section sharing the results of Horowitz’s informal Twitter survey on the reasons behind dogs’ names. One respondent, a literature PhD married to a man named Hyde, named her dog Jekyll, thus making for Doctor, Jekyll, and Mr. Hyde—an elaborate joke that also serves as an example of how modern pet owners tend to see themselves and their animals as members of the same family. (On a more somber but similarly meaningful note, other respondents reported giving dogs names once earmarked for the children they never had.) On New York City sidewalks, Horowitz eavesdropped on dog walkers, hearing how owners modeled parenting style with their pets (some were critical, others cheerleaders), used their animals as excuses to introduce themselves to strangers, and encoded passive-aggressive messages meant for their acquaintances in addresses to their dogs. Rounding out her analysis by discussing the philosophical ramifications of dog ownership and the booming economics of the pet goods industry, Horowitz offers a treatise certain to appeal to dog lovers everywhere. With b&w illus. Agent: Kristine Dahl, ICM Partners. (Sept.)
close
Details