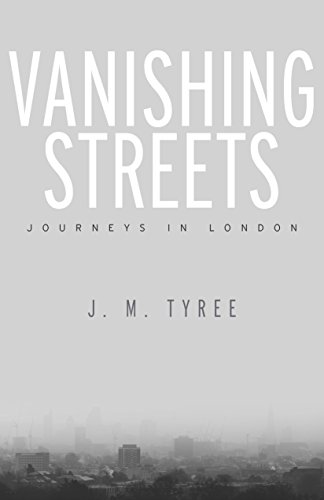 Writer and film critic Tyree (coauthor of Our Secret Life in the Movies), who was born and raised in the U.S. and studied at Cambridge in the 1990s, guides readers through his favorite spots in London and his enamoured understanding of the city’s nuances (filmic, sociopolitical, documentarian, and romantic). The book is divided into four sections, each composed of a variety of a variety of forms—essays, a suggested tour itinerary, a review of a 1929 book—to provide vivid scenes of suburbs, poetic reflections on historical ruins, and a rather detailed sketch of 21st-century London from an informed American’s position. Tyree demonstrates that when individuals seek out the unfamiliar, follow curiosity, or place themselves in foreign contexts, they create perspectives that can transform the world and their own worldviews. Tyree’s personal and filmic experiences of London have shaped his intimate impression of the city into a complex adoration. Anglophile readers or those holding some familiarity with this world hub may find much to cherish, but some readers will struggle to follow Tyree’s very specific references to neighborhoods and landmarks that are well beyond the typical tourist’s experience of London. Tyree’s lyrical prose is distinctly cinematic, describing sweeping landscapes interspersed with tight shots, close-ups, and all the drama and symbolism of character quests with director’s commentary, resulting a fresh portrait of London and an intriguing travelogue. 30 halftones. (Oct.)

This review has been corrected to reflect updated bibliographical data about the book.