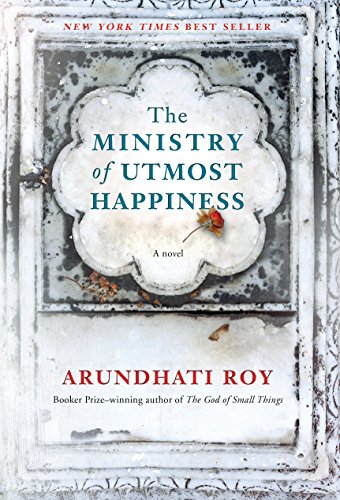 The Ministry of Utmost Happiness

Appearing two decades after 1997's celebrated The God of Small Things, Roy's ambitious, original, and haunting second novel fuses tenderness and brutality, mythic resonance and the stuff of front-page headlines. Anjum, one of its two protagonists, is born intersex and raised as a male. Embracing her identity as a woman, she moves from her childhood home in Delhi to the nearby House of Dreams, where hijra like herself live together, and then to a cemetery when that home too fails her. The dwelling she cobbles together on her family's graves becomes a paradoxically life-affirming enclave for the wounded, outcast, and odd. The other protagonist, the woman who calls herself S. Tilottama, fascinates three very different men but loves only one, the elusive Kashmiri activist Musa Yeswi. When an abandoned infant girl appears mysteriously amid urban litter and both Anjum and Tilo have reasons to try to claim her, all their lives converge. Shifting fluidly between moods and time frames, Roy juxtaposes first-person and omniscient narration with "found" documents to weave her characters' stories with India's social and political tensions, particularly the violent retaliations to Kashmir's long fight for self-rule. Sweeping, intricate, and sometimes densely topical, the novel can be a challenging read. Yet its complexity feels essential to Roy's vision of a bewilderingly beautiful, contradictory, and broken world. 150,000-copy announced first printing. (June)
close
Details