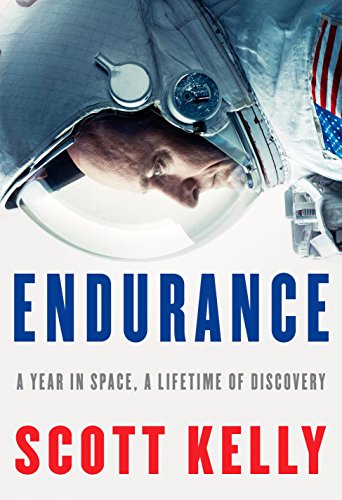 Endurance: A Year in Space, A Lifetime of Discovery

Kelly, a former astronaut who spent a record-setting year aboard the International Space Station (ISS), shares his experiences of space travel in this fascinating memoir. He shifts between the many aspects of his year-long project (“As much as I worked on scientific experiments, I think I learned at least as much about practical issues of how to conduct a long-range exploration mission”) and his early life. After growing up influenced by Tom Wolfe’s The Right Stuff, he pursued a career as a fighter pilot, a test, pilot, and finally an astronaut. Throughout, Kelly gives the reader a sense of what life is like inside the ISS, where there are “rooms upon rooms, each of which serve different purposes, [has] its own equipment and hardware, and its own feeling and smell.” He is unsparing in detailing the danger that “space junk” presents to the space station (“If the satellite hits, the resulting destruction would be... akin to a nuclear explosion”), but he also often displays a sense of humor, especially when describing his capsule’s reentry into Earth’s atmosphere (“As soon as you realize you’re not going to die, it’s the most fun you’ll ever have in your life”). His is an inspirational story of true endurance under pressure. (Oct.)
close
Details