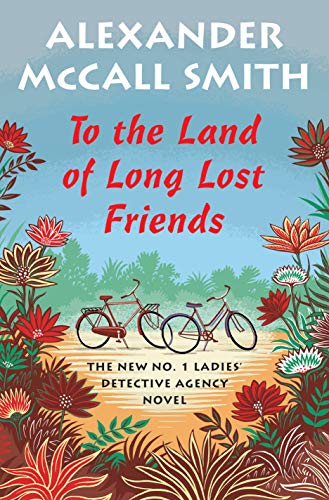 To the Land of Long Lost Friends

Smith’s winning 20th No. 1 Ladies’ Detective Agency novel (after 2018’s The Colors of All the Cattle) opens at a wedding, where Mma Ramotse, “doyenne of private investigators in Botswana (not that there were any others apart from her assistant, Grace Makutsi),” thinks she sees a ghost. The ghost is in fact an old friend, Calviniah Ramoroka, whose death was falsely reported in a newspaper years before. Mma Ramotse and Calviniah later meet for lunch, and Calviniah confides that her daughter, Nametso, who works as a diamond sorter in Gaborone, has suddenly started ignoring her. When Mma Ramotse investigates, she discovers that Nametso is driving an expensive car, which provides a key clue to explaining the young woman’s behavior. Meanwhile, agency assistant Charlie receives a surprising proposal from his girlfriend, Queenie-Queenie , and Grace, with Charlie’s help, looks into the case of an errant husband, which is more complicated than it appears. As usual, the warm, humorous interactions among the characters count more than the detecting. Smith’s humanity shines throughout. [em]Agent: Robin Straus, Robin Straus Agency. (Oct.) [/em]
close
Details