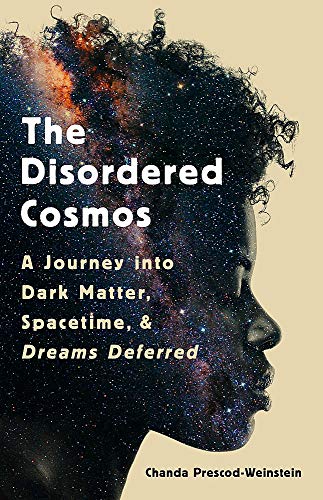 The Disordered Cosmos: A Journey into Dark Matter, Spacetime, and Dreams Deferred

Prescod-Weinstein, a particle cosmologist, debuts with an eye-popping and innovative look into the nature of the universe and her “awakening as a Black scientist.” In lucid prose, she takes readers through the “strange, fantastical” world of particle physics, describing quantum mechanics, theories such as string theory and quantum gravity, and and the axion, a hypothetical particle and a subject of her own research. Woven in is an account of Prescod-Weinstein’s evolution as a scientist and a critique of the discipline’s “social environment.” “White empiricism,” she writes, relies on inaccurate language, and she objects to the dark matter analogy in academia, which compares dark matter to Black people when in fact dark matter is invisible. She rebukes “intellectual colonialism” that dismisses Indigenous knowledge and claims to land, and pushes back against a culture she argues is rife with exploitation and sexual assault. As a remedy, she proposes an institutional restructuring (“science needs an anti-colonial code”) that allows children “of every shade, gender identity, sex identity, ethnicity, sexual orientation, romantic orientation, (dis)ability, and religion” access to the night sky. In addition to her urgent critique, Prescod-Weinstein’s explanation of physics remains accessible. The result is a resonant paean to the beauties of the cosmos and a persuasive appeal for solutions to injustices in science. Agent: Jessica Papin, Dystel, Goderich & Bourret. (Mar.)
close
Details