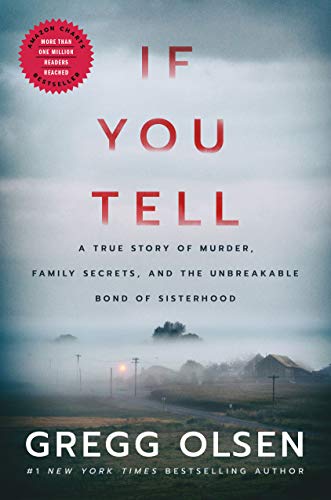 If You Tell: A True Story of Murder, Family Secrets, and the Unbreakable Bond of Sisterhood

This horrifying tale of a dysfunctional and murderous family in rural Washington State from bestseller Olsen (A Killing in Amish Country) focuses on Shelly Knotek and how she abused, tormented, and controlled her third husband and her three daughters. Not for the squeamish, the narrative chronicles how the girls endured beatings, bleach baths, and verbal abuse, at the same time shedding light on how and why Shelly’s family bowed to her tyranny for years. Shelly brought others into her insane world and home, including her nephew Shane, her best friend Kathy Lorenzo, and an almost stranger Ron Woodworth, all of whom ended up dead. Eldest daughter Nikki, after years of torture, fled to her grandmother’s and began a new life, while middle child Sami bargained with Shelly that she wouldn’t tell the family secrets if she could go to college. But youngest sister Tori was left at home, and when Tori revealed that she was now the target of violence, the sisters banded together and forced a police inquest that resulted in the rescue of Tori and the arrest and imprisonment of both parents. This riveting account will leave readers questioning every odd relative they’ve known. Agent: Susan Raihofer, David Black Agency. (Dec.)

Due to a production error, this review originally erroneously published as a non-starred review.