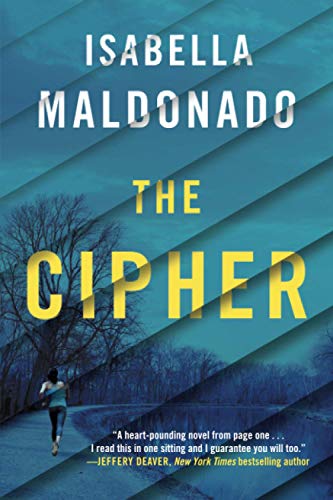 When 27-year-old FBI special agent Nina Guerrera, the heroine of this riveting series launch from Maldonado (the Detective Cruz series), is attacked by a high school student while jogging in a Springfield, Va., park, she fights off the boy and arrests him. A video of the assault goes viral, and is watched by the man from whom the 16-year-old Nina, then in foster care, escaped after he abducted and raped her. Soon afterward, a 16-year-old girl is murdered in Washington, D.C., and the killer leaves a note that FBI officials believe refers to Nina. Calling himself the Cipher, the killer goes on a cross-country murder spree, leaving cryptic notes at each crime scene. The Cipher garners attention through social media, especially after he streams the video of him raping Nina 11 years earlier. The frequent plot twists will keep readers guessing to the end, and Maldonado draws on her 22 years in law enforcement to add realism. Determined to overcome her painful past, the admirable Nina has enough depth to sustain a long-running series. [em]Agent: Liza Fleissig, Liza Royce Agency. (Nov.) [/em]

Correction: An earlier version of this review incorrectly stated the author had worked for the FBI for 22 years.