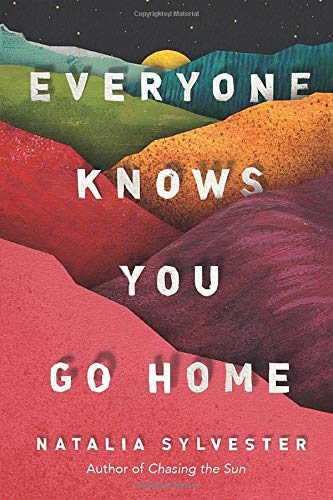 Everyone Knows You Go Home

This intimate look at the Mexican-American immigrant experience by Sylvester (Chasing the Sun) follows three generations of the Bravo family in two timelines. Omar, husband of Elda and father of Martin and Claudia, is dead when he first appears on the day of his son’s wedding to Isabel on the Day of the Dead in 2012. He visits Isabel each Day of the Dead that follows to ask her help to redeem him in the eyes of his family. Martin and Isabel’s life is also complicated by the arrival of Eduardo, Martin’s young cousin, who has traveled illegally from Michoacán to McAllen, Tex., where they live. Isabel gradually learns about the circumstances surrounding Omar’s leaving his family from Omar, Martin, and Eduardo. Interspersed chapters, which follow Elda and Omar’s journey to Texas in 1981—including Elda’s being forced to kill another migrant who attempts to rape her, orphaning his son—and then the life that they built there, give a different perspective on events. Sylvester memorably depicts the precarious existence and difficult choices that face undocumented immigrants to America. (Mar.)

This review has been updated to remove the phrase "illegal immigrants."