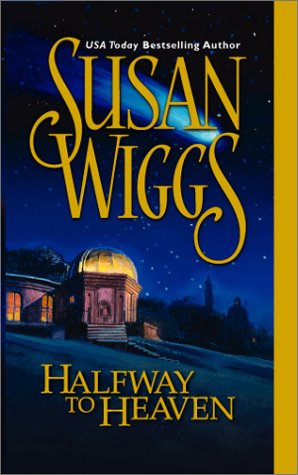 Although Wiggs's newest (after ) is set in Washington, D.C., during the late 19th century, there's a flavor of Regency England to this delightful romp. Wiggs takes the usual Regency personas—a rake, a feisty heroine, snobbish society members and a dressmaker as gifted as any fairy godmother—and instills them with depth and complexity. Abigail Cabot, the daughter of a senator and sister of a reigning beauty, is made clumsy by a deformed foot that she desperately tries to hide, especially from the object of her hidden affections, Lt. Boyd Butler, the vice-president's son. When Jamie Calhoun, a newly elected congressman with a dark secret in his past, discovers Abigail's feelings, he sets out to further the romance and win the political support of her father and the vice-president by transforming her into a desirable high society swan. The mousy Abigail turns out to have unsuspected dimensions, including a sharp mind, a quick tongue and a steadfast devotion to astronomy. Readers won't be surprised to find that the real romance develops between Abby and Jamie; the fun is seeing them fight both each other and their feelings every step of the way. With its lively prose, well-developed conflict and passionate characters, this enjoyable, poignant tale is certain to enchant.