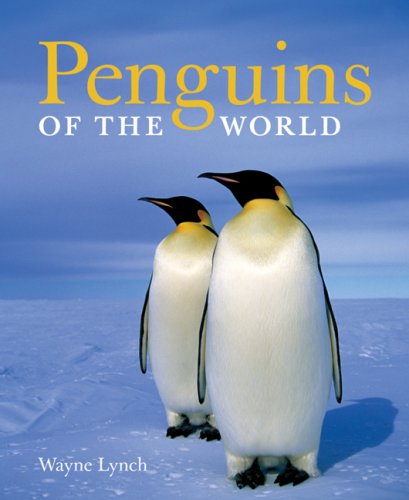 Penguins of the World

In 1989, after Canadian science writer and photographer Lynch ( ) saw his first penguin on Phillip Island in southern Australia, he spent the next 18 years in search of all 17 penguin species, traveling over 300,000 miles to Antarctica, the Galápagos, Argentina, Chile, New Zealand and remote island clusters in the Southern Ocean. The result is this beautifully illustrated and delightfully written look at Lynch's discoveries about these “flightless seabirds” in the field and in scientific journals, during day-to-day as well as birth-to-death observations, and from the smallest to the largest type. While Lynch presents detailed descriptions of everything from mating rituals to eating habits, the best parts of his book are the photographs. Lynch's gorgeous and gorgeously printed images—such as that of the head of a young penguin chick disappearing inside the throat of a parent as it reaches for a meal—display such a refined visual sensibility that even without accompanying text, the images would still achieve Lynch's goal of presenting “the scientific and aesthetic appeal of this unique family of birds.”