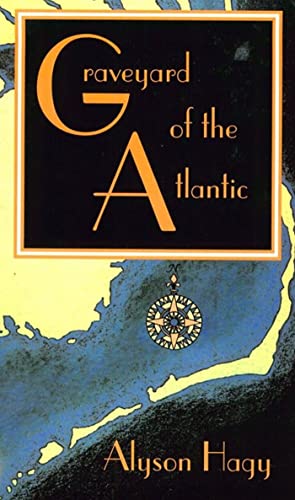 Graveyard of the Atlantic

The stoic characters in Hagy's third collection of short stories are intimately involved with the sea, but in their interpersonal relationships they tend to be as distant as ships passing in the night. Six of the seven stories in this moving collection take place on the Outer Banks of North Carolina, where the tide of tourists passing through can be as disruptive as the sometimes deadly waves. In ""Sharking,"" an old-timer doing some night fishing is able to save three drunken, vacationing college kids from drowning, but can't help a terminally ill young woman fishing beside him. Chris, the protagonist of the title story, wearily weathers the ebbs and flows of his marriage to Lucy, a brilliant but emotionally unstable poet who has come to the Outer Banks to find inspiration. Randall, the only woman in a Coast Guard crew of seven stationed at Cape Hatteras, battles despair and has an odd intimacy with a former rival after both fail to save a drowning girl in ""Semper Paratus."" In ""Brother, Unadorned,"" Annie tries to reconnect with her brother Mitch, whose marriage is failing, on a rare family vacation as adults. And in ""Search Bay,"" the collection's only entry set outside North Carolina, John Hansen, a reclusive retired sailor living on Lake Huron--who once worked briefly off the Outer Banks--is shocked out of his emotional exile by several encounters with a local Chippewa boy. Most of the characters in these short narratives are more at ease communing with nature than with their fellow humans, and their emotional remoteness distances the reader at times. But the stark beauty of Hagy's language is arresting, and the fleeting moments of emotional connection she engineers are infused with raw power. (May) FYI: Hagy's first novel, Keeneland, will be published by Simon & Schuster in April (Forecasts, Feb. 7).
close
Details